Perhaps the most frequent scapegoat for the crisis in our health system is the uninsured.  For decades the litany of attacks on the uninsured has been they are overcrowding emergency rooms and using scarce resources because they do not go in for regular ongoing care.  But buried in today’s newspapers, ensuring that it will get scant attention, was reporting on new research released by the Journal of the American Association (JAMA) that turns conventional wisdom on its head.

The study found that the uninsured are less likely than those with insurance to use emergency rooms.  In fact, while 17% of persons in our country are uninsured, they only represent between 10% to 15% of emergency room visits.

When you talk to people who are uninsured they tell you that they do everything they can to take care of themselves; after all not everyone gets sick leave.  They also avoid emergency rooms because they are already living at the edge and are concerned that the costs they incur from an emergency room visit will push them off the precipice to which they are clinging.

According to the JAMA study, insured patients represent the majority of increased use of emergency rooms over the past decade.   So while providing health insurance to those who cannot afford it is critical, it does not go far enough to make our health system what we know it should be.  Access is about more than having coverage.
Posted by Jane L. Delgado at 2:00 PM 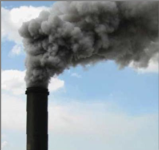 Today, the EPA announced it was following the advice of its Clean Air Scientific Advisory Committee to set standards for lead in air that are 10 times stricter than we have today in order to protect children’s cognitive development. This follows on the heels of the decision by EPA in July to recommend the ban of carbofuran, one of the most toxic pesticides still in use.

Since EPA is being receptive to science click here to send EPA Administrator Johnson a letter calling on EPA to revisit its March decision on ozone standards. EPA ignored the very same committee's recommendation and set standards for ozone that were higher than recommended. According to published research that move is estimated to result in 5,650 unnecessary deaths annually. That’s not to mention the thousands of cases of cardiac events (heart attacks and respiratory illnesses) that could have been prevented.

Clearly, there’s still much work to be done to clean our air; following the scientific recommendations is a good place to begin.
Posted by Jane L. Delgado at 4:38 PM

And for this we have government?

The October 6, 2008 USA Today article “Sleuths go door to door to sniff out Medicare fraud” is a good example of how we can go so very wrong with how we focus on reducing costs. I do not know what other people read but for me it was a waste of government dollars to send out the sleuths. What did they discover? That an 86 year old man was able to go on walks and therefore was not eligible to get the home health care costs of having a nurse go to the house to give him his injection. Sounds odd?

While we all celebrate that the man could take a walk; walking involves being able to move your feet while injecting yourself involves your hands. It seems that Medicare only pays for the nurse to go to the home if the person is homebound. The sleuth who discovered the man commented that the man’s nervousness about giving himself an injection was not sufficient reason to qualify him for the nurse visit. Is it reasonable to expect that every 86 year old person should be able to inject themselves? Did anyone take into account the savings that Medicare accrued since the man was able to live at home because he had this help? Moreover, the reporter confused the work of the nurse and that of the health aide.

While the sleuth may have been using the Medicare standard; it is obvious that the standard has to change. We need to have more sanity in how we care for each individual. Blanket rules such as this do more damage than good— rather than cover they suffocate.
Posted by Jane L. Delgado at 1:55 PM

Your support makes it possible for the National Alliance for Hispanic Health to be the non-partisan advocate for the best health outcomes for all. Click here to support the cause!